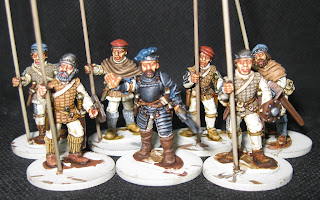 I've had a mid 16th century Tudor Army for some time but could never settle on any rules  or opponents to game with it, so after enjoing playing never mind the billhooks I decide dto use them for that rule set. As there were no figures which matched the TAG Tudor's  I decided to have my own sculpted to compliment the TAG figures I have, so far there's production moulds being made for 12 pike and 4 command figures and with another command group and 6 arquebusiers on their way. I'll be putting these up for sale as part of PetesFlags with the hope sales of the figures will cover the cost of production and I'll have a Scottish force  suitable for the Earl of Arran himself . The plan is  to start th edollies for the  cavalry and for a good pile of highlanders followed by a few more pike onc ethe arquebysiers are scupted. Cheers Pete 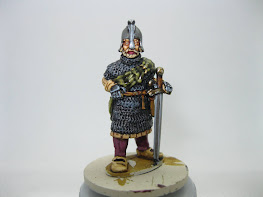 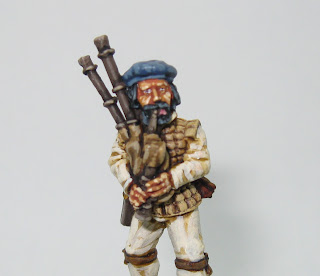