The first release of the PetesFlags Scottish 16th century range is now available. The packs are £7.50 each and come with shields and include a free set of polarms for all open handed figures (the command comes with a random pair of shields and polearms taken from the four picyured). Currently I can only sell internationally via ebay and have  listed two unit builder deals at a discounted price to allow overseas customers to get satrted on their collections. The deals are also available for UK customers too.

Thje miniatures are sculpted by the talented Nick Collier. The figures are in 28mm scale and represent Scottish Lowland pikemen from the early to mid 16th century. They can also be used for dismounted borderers. 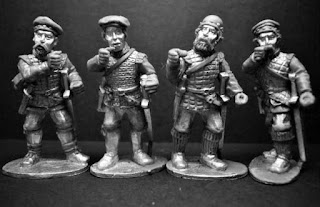 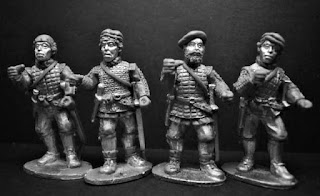 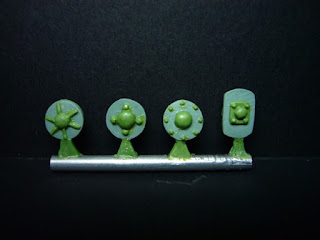 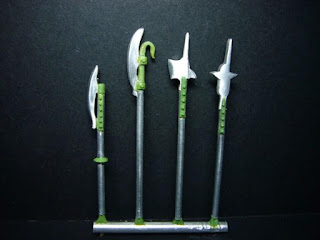